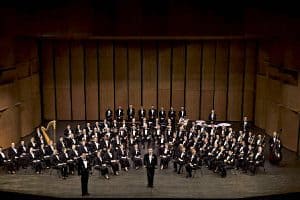 It’s a privilege to announce a concert performed by the United States Navy Concert Band at the Kauffman Center on Tuesday, March 6, 2018. Admission is FREE. There’s an 8 ticket limit. Reserve your tickets online. The concert begins at 7 p.m. in Helzberg Hall. The Kauffman Center for the Performing Arts is located at […]