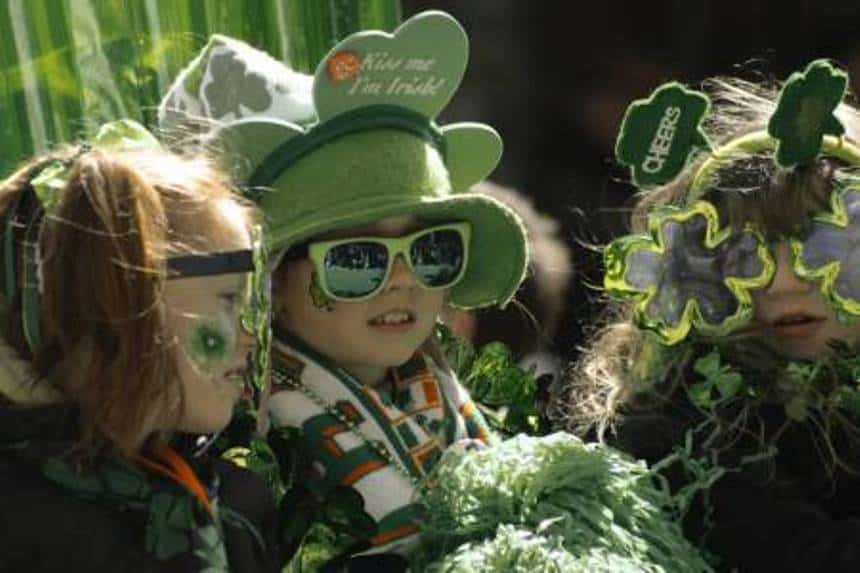 Update: This event has been canceled due to public health concerns.

Join 100,000 or so of your best friends at a local event that was named one of America’s best St. Patrick’s Day parades by Reader’s Digest.

Insiders tell us the highest concentration of spectators tend to be near the review stand (West side of Broadway at 40th Terrace) and in Westport (near the bars and restaurants). If you’re coming with kids, you will probably want to congregate near the end of the parade route where there will be a special area set up with family-friendly games and activities.

Multiple vendors along the route will be selling food and beverages. With some restrictions, you can bring a small personal cooler with you along the route. Alcohol or glass is not allowed and, because of city ordinances, the police may ask to take a look inside your container.

There are portable restrooms set up along several places on the parade route.

The theme of the 20120 Kansas City St. Patrick’s Day Parade is “Irish Wit and Whimsy.” Some details are still being finalized. Here are the honorees named so far.

The parade begins at 11 a.m. at Broadway and Linwood (33rd Street). The processions will go south on Broadway to 43rd Street. The parade will wrap up around 1:30 p.m.

You can also opt for public transportation or ride-share services, especially if you plan on drinking after the parade. Lyft is offering a discount with the code “KCIRISHPARADE”.