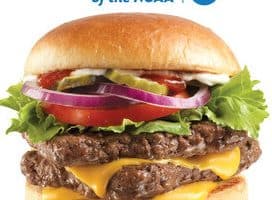 Wendy’s Drive to the Final Four food truck is stopping in Kansas City today, March 23, 2017, at the NCAA Midwest Regional! They will be parked at the Sprint Center from 3 to 7 p.m. Wendy’s food truck will serve free samples of their fresh, never frozen cheeseburgers. Other events include meeting YouTube star Trey Kennedy, […]

The Winter Jam Tour Spectacular, Christian music’s largest annual tour, is coming to the Sprint Center in Kansas City on Friday, February 17, 2012. Tickets are $10 at the door. This event will feature performances by Grammy-nominated alternative rockers Skillet along with Sanctus Real, former Newsboys frontman Peter Furler, Kari Jobe, Building 429, and many more. […] 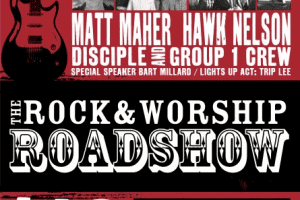 The Rock and Worship Road Show is coming to the Sprint Center in Kansas City on Saturday, Novmber 19, 2011. Admission is $10 at the door. Headliners include MercyMe, Jars of Clay, Matt Maher, Hawk Nelson, Disciple, and Group 1 Crew. The Sprint Center is located at 1407 Grand Boulevard in Kansas City, Missouri. 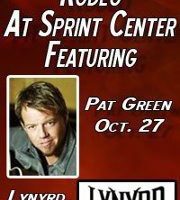 You know those soft blanket/bathrobe things? Well if you have one, you can wear it to Snuggie Night at KC Live! in the Power & Light District. That’s this Sunday, March 6, 2010 from 6:00 to 9:00 p.m. You can watch the Oscars on the big screen, get your picture taken on the red carpet, […]