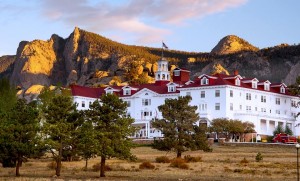 To celebrate Halloween, Groupon is offering some discounts on Haunted Hotels. These are the real deal. Not the Halloween version.

You may have heard of The Stanley Hotel in Estes Park, Colorado (Stephen King’s inspiration for The Shining). It’s #1 on the list (I really, really want to stay at that one!). Locals swear it’s a hub of paranormal activity. There are numerous reports of the sounds of children playing when there are no children in the vicinity. Staff members say that liquor bottles sometimes fly off the shelves inexplicably, and piano keys move when there’s nobody at the bench.

Some of the other hotels are lesser known, but that doesn’t mean they’re any less haunted! Make sure you sleep with one eye open…

Groupon is an advertising partner of Kansas City on the Cheap.